Podcast: Episode 25: Healing the Separated Self with Dr. Mmatheo Motsisi

Journeys Into Enlightenment with Janet

This podcast series focuses on the intersection of Consciousness and Self. This is our “Journey into Enlightenment.” At the core of human reality is Consciousness. Humans are self-defining creatures. We develop rule sets and stories that generate our experiences of reality. Consciousness is the state of awareness in each of us where our self-defined realities are only one of the many options in potential that could be expressed.

Each episode you will join Janet and her friends to gather in this core in Heart Centered Awareness. You will feel this state where time and space are malleable, potential is active and change in our day to day experiences can be felt in the moment. You will witness this sharing in the expansive variety of expressions of Consciousness, and as form and language in our physical and non-physical worlds. Experience new definitions in Self and join in the collective community we call Consciousness.

Click on "Menu" and then "Episodes" in the frame above to find previous episodes of the podcast.

Feel the difference in the moment that can last a lifetime. Listen to episodes on Spreaker, subscribe to the podcast on iTunes or visit the YouTube archive for Journeys Into Enlightenment with Janet Barrett.

Show notes and recordings for all previous episodes:

Our idea of the Separated Self maintains the illusion of others, including Mother Earth as different, indifferent, threatening or something to be conquered. This illusion is harmful, affecting us each internally and globally. Join Janet and Dr. Mmatheo Motsisi, from Johannesburg Africa as they explore what happens when we use Ubuntu, the African awareness of Oneness, to heal our Separated Self. 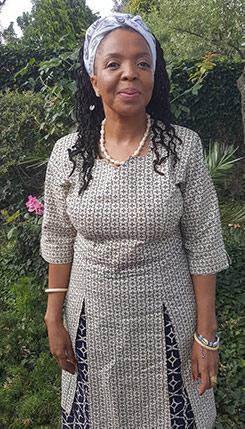 Dr. Mmatheo Motsisi, is an Indigenous Knowledge System Practitioner (IKS). She was Initiated as a Shaman/Sangoma/Diviner and holds several degrees of healing among them in Traditional Chinese Medicine (TCM) and Acupuncture. She has traveled far and wide working with indigenous peoples in Nepal, India, China, USA and Motherland Africa. She is the author of “Odyssey of a Healer” describing a ten-year personal spiritual pilgrimage and the experiences of other healers she has interacted with, during her many travels. It was a journey exploring the “Healing Power of Nature.” Her quest has been to unravel the mystery that underlies the foundations anchoring “Our State of Oneness,” beyond the created and perceived divisions in existence.

She is a vessel to liberally share her spiritual insight with others in their pursuit to unravel the mystery of Mother Nature as the Giver of Life, the Nurturer and Healer. She is comfortable with ritual and the lyrical languages and realms of the heavens, Star Seeds, Blessed Ones, the Ancients and Elders of traditions as she is with modern men and women and the wisdom of the scientist. She straddles the realms of Spirit, Lemuria, Atlantis, and is a carrier of the history and time of all people. She embodies our African Mother that lives in each of us.

Mmatheo reminds us that all is within us. There is nothing to learn, only to remember. Our memories are held in different states and in places that are not always linear.

Suggested Reading includes references for our two episodes about Ubuntu.

“The Children of One and the Lost Teachings of Atlantis” by Jon Peniel, available on Amazon.

“The 'Blessed Ones'- as mediators between the spiritual and physical realm- are often entrusted with the spiritual mandate to be the gatekeepers the dimensional portals. This is a high calling bestowed on the individual prior incarnation that ensures continuity between the deities and nature spirits that dwell in the delicate Soul Being or Consciousness of Mother Earth. The individual transmits a higher vibration as an androgynous being in comparison with an ordinary person. The ancient humanoids were androgynous before the engineered gender split. The androgynous beings are powerful carriers of the spirit because of the union between the masculine and the feminine energies in the bodies. The real gender is not anatomic, primarily it is a determinant of who contributes which seed for the continuity of life in the physical realm. The tribal elders, guardians of ancient knowledge, have always advocated that a male in the physical can vibrate a feminine energy while the female vibrates the masculine energy. This is because the spirit inhabiting either the male or female body is itself androgynous: it has both the masculine and feminine energies in perfect balance.”

“There is one mind common to all individual men…[a] universal mind. The Over-Soul is that unity…within which every man’s particular being is contained and made one with all other. Within man is the soul of the whole…the eternal ONE.”

“The Most Ultimate God, who is the God of the Gods of the Gods, is Everything in Everything. Each tree, each blade of grass and each stone that you see out there, and each one of the things that live, be they men or beasts, are all parts of God, just as each one of the hairs on your head and each flea in your hair and each drop of your blood is part of you. The sun is part of God, the moon is part of God and each one of the stars is but an infinitesimal part of Ultimate God who Will Be, and yet shall never be, because there never was a time when God was not and there never is a time when God can never be.”

“Enlightening the Shadow” is from the Meditation Archive at Interlude: An Internet Retreat.

Listen at the YouTube channel Journeys Into Enlightenment with Janet Barrett.

Blog: Being Willing to See in the Mirror

“Being Willing to See in the Mirror” is available on my website blog page at www.janetandbeyond.com and my youtube channel Journeys into Enlightenment with Janet Barrett.

“All of us have worth. Some may be in disguise. When we’re in judgment of others we are operating from within a separated sense of Self…” continue reading…

Email me questions for the podcast

Catch up with Conscious Conversations with Joan and Janet

What does it mean to live consciously with energetic awareness in daily life? We can access the warmth, acceptance and non-judgment that is universal consciousness. We are all part of that spectrum, as individuals interconnected. There is no time, no space. Accessing the state of potential can help us to allow for new choices in our habitual feelings, behaviors and responses. Joan and I are subtle energy empaths in the field of consciousness. Join us as we talk about our individual and collective evolutions on Conscious Conversations with Joan and Janet. Explore what it would be like to change your rules and realities.

Listen to shows from the archives. Four years of timeless material. Past, present and future need not apply.

Janet is a glorious reflection of the Soul. She is a conduit for others to be the same.
– KS, Portland, OR

Read about the consciousness technologies topic of the week, weekly play groups in SE Portland and online classes in my weekly updates.

Special Offer: $25 discount towards a private session for new clients who sign up for any of the updates

Janean, host of the podcast Keepin it Real, recently interviewed me. Listen to the podcast: Reframe Past Hurt into a Neutral Present with Janet Barrett>> 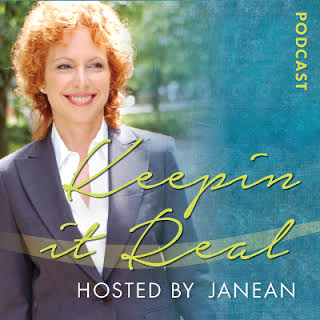